Bengalis are zealous people. Like most other cultures, Bengalis are also assigned to certain stereotypes. The most common of them are fish, Rosogolla(a type of syrupy dessert), Rabindrasangeet, and Satyajit Ray films. Despite this consistent diet of stereotypes as our meal, we’re also fond of our rich cultural heritage, which transcends beyond politics and literature.

Bengali movies date back to the 1890’s when ‘bioscopes’ were first introduced in the theaters of Calcutta. The first Bengali feature film was produced as early as 1918. Before the arrival of directors like Satyajit Ray, Ritwik Ghatak, Mrinal Sen began their film crusading for Bengal, which later came to be known as parallel cinema.

What Makes Bengali Movies A Must for All Film goers :

Bengali films are known for their realistic narrative portrayals, simplistic characters without glamour and glitz of mainstream cinema and dialogues. The reason why most films have made their mark on the memories of audience’s as classics, because these films remind the viewer’s the immortality of cinema. This list may not be adequate to the vivid world of Bengali cinema, but here’s a list of movies that cannot be left unturned! 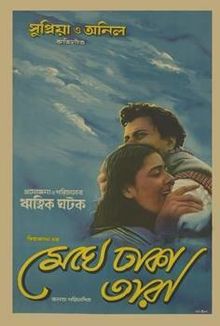 This film was written and directed by Ritwik Ghatak, and is based on the novel with the same name by Shaktipada Rajguru. “Meghe Dhaka Tara” is often regarded as Ritwik Ghatak’s best work. The movie is based on the 1947 partition of Bengal dealing delicately with refugees. The brilliant portrayal by Supriya Devi, perhaps the most touching comprising the concept of Bengal’s partition. The spine chilling background score of Sitar, makes it a perfect blend of contemporary and classical cinema. 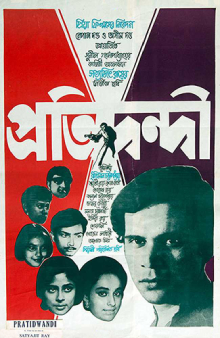 One of the world cinema’s most prolific name’s, Satyajit Ray adapted “Pratidwandi” from the novel of the same name by Sunil Gangopadhyay. This film marked the debut of Dhritiman Chatterjee as Siddhartha, an extremely talented medical student forced to give up his career following the sudden demise of his father. This was a period when Bengal was facing social and economic decay at an alarming rate whilst there was a rise of communism parallelly. It is the first part of Ray’s “Calcutta Trilogy”. 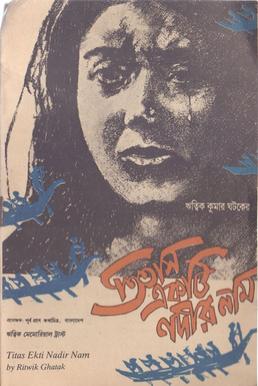 “Titas Ekti Nadir Naam”(A River Called Titas), is director Ritwik Ghatak’s 1973 film adaptation of the autobiographical novel by Advaita Malla Barman. Made shortly after the independence of Bangladesh, the film is the story of fishing villages trying to survive along the banks of the river Titas. It’s a tale of several interconnected stories, each following the inhabitants living along the river over the course of many years. A River Called Titas opens with a shot that foreshadows the film’s path, of a dried, or drying, river basin. The camerawork of the film is very unique and comprises of broad horizons, river banks, and the outskirts of rural Bengal. Another important theme of the movies is its use of Indian culture, spiritually, such as highlighting the backdrop of ‘Dolyatra’ and ‘Kirtan’. The river ultimately becomes malice to it’s own and thus becoming “river of no return”. Ghatak, like all his other films, had a poor reception with critics and box office back then, but he was successful in his attempt to capture the actual soul of Bengal. 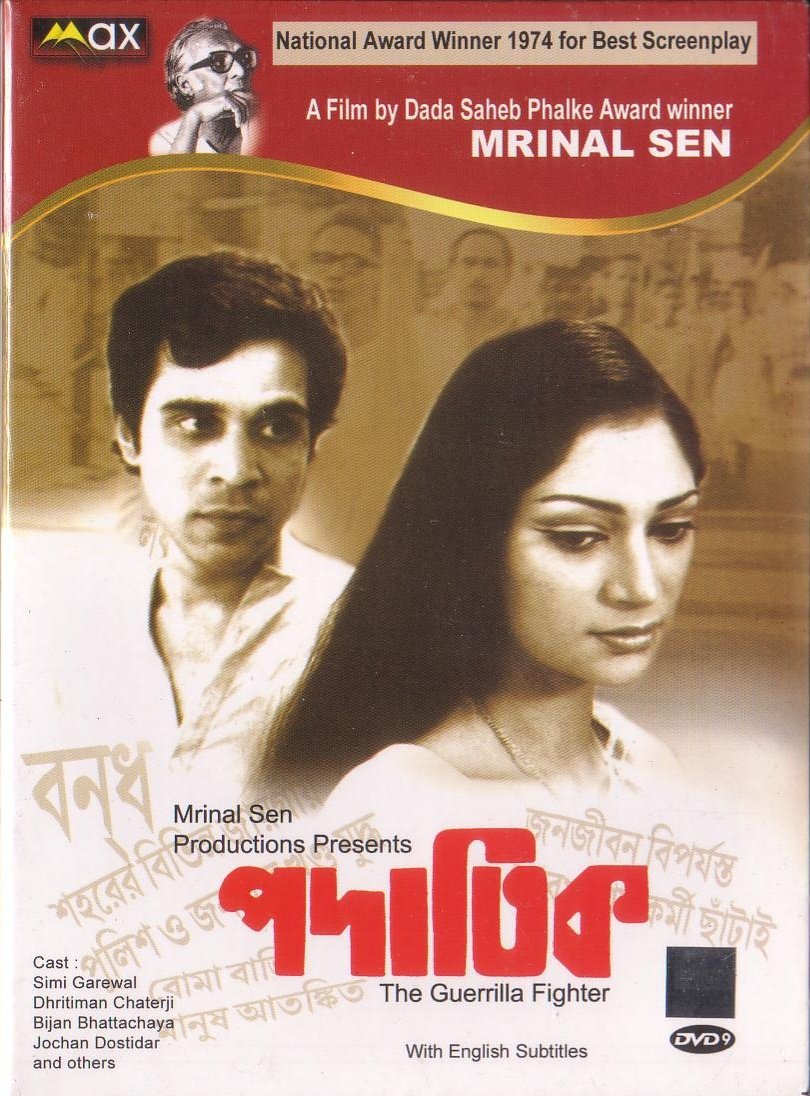 Padatik is Mrinal Sen’s more political diagram of early 70s social unrest of Bengal. After giving an outstanding performance in his debut film, Dhritiman Chatterjee donned a character which was a polar opposite. In ‘Padatik’ we see Calcutta as a place filled with chaos and unrest with the backdrop of rich cultural heritage. Mrinal Sen voices salient issues amidst the period of political turmoil, such as underlying the stance of Independent Women dealt in the society. 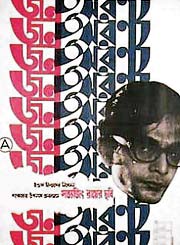 “Jana Aranya” is directed and adapted by Satyajit Ray, based on the novel of the same name by Mani Shankar Mukherjee. It is the third and last installment of Ray’s “Calcutta Trilogy”. The film tells the story of a young man named Somnath who, after graduating from Calcutta University, fails to find a job. After struggles and hardship for months, he’s introduced to the world of entrepreneurship. Somnath starts earning money but realises the harsh reality of life itself. The transition of the films anticlimax to climax is an out and out shocker, where Somnath is faced with a startling dilemma of epic proportions, and goes exactly by the words of Ray, he fails to be in either the white or black of his morale consciousness, for his actions were neither heroic nor noble by any origin. The one theme running throughout the film is its frustrated cynicism and how the lines between what’s moral and immoral blend to form the larger consciousness of our protagonist. 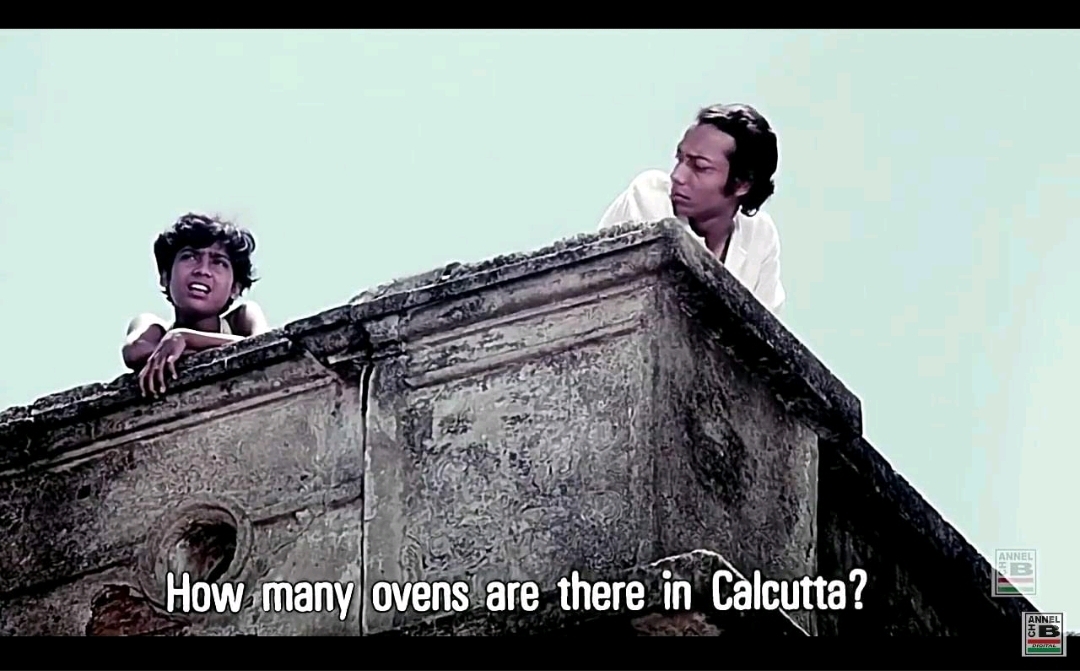 The less political yet comedic grit of Mrinal Sen’s of storytelling is portrayed in this written and directed homage to “Chaalchitra” the literal translation of Cinema. The film deals with an enthusiastic writer given an assignment to write a short impressionistic sketch. He wants to write about families living in overcrowded apartment blocks using coal stoves for cooking because they cannot afford gas. The eloquent phrase by, Dipu’s little brother filled with innocently asks: ‘How many coal stoves are there in the city?’ The charming yet subtle climactic sequence makes it a perfect reflection of the struggle to pursue passion in the workplace. A thing which is still relevant in the times we live in now. 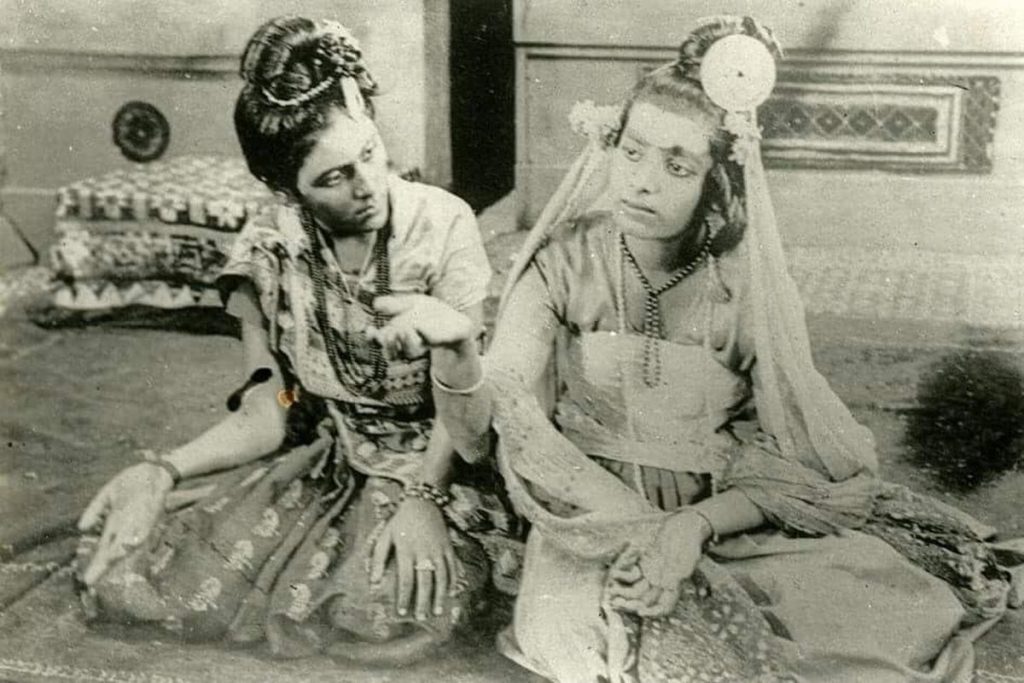 “Natir Puja” is the only film where Rabindranath Tagore is credited as director. This film is a recording of Tagore’s 1926 stage dance-drama. Not many know that Rabindranath Tagore directed a film based on Natir Puja, a dramatised version of his long poem, “Pujarini”. This was an all-woman play he wrote on the request of his daughter-in-law, Pratima Devi. Natir Puja’s dramatised version was first staged at Jorsanko Thakurbari in Kolkata in 1927. Breaking the conventional rules of cinema, Natir Puja was filmed like a stage play. After editing, the footage was 10,577 feet! It was released at Chitra Talkies on 14 March 1932. Due to fire at the New Theatres, the prints of the film were reportedly destroyed. It is an important chapter in Indian cinema, as it is the only time when Tagore, a writer, poet, musician and painter, interacted directly with cinema. The screenplay was written under his guidance by nephew Dinendranath Tagore. 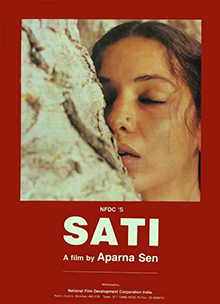 With films like, “36 Chowringhee Lane”(1981) and “Parama” (1984) under her belt, Aparna Sen became the very first female director in Bengali cinema to explore gender issues and address the struggles of it. Based on a story by Kamal Kumar Majumdar, the movie, written and directed by Aparna Sen is about a mute orphan girl who is married to a Banyan tree because her horoscope suggests that she is a “Manglik”(woman whose husband would die after marriage) and ultimately she has to perform “Sati”. The film deals with cultural and mythological dogmas and the effect it has, with a spellbinding performance by Shabana Azmi this movie is something that should be seen at least once. 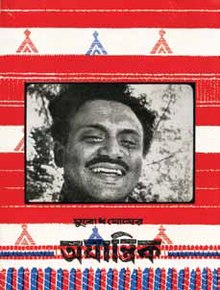 9. Ajantrik (The Unmechanical, The Mechanical Man or The Pathetic Fallacy) – 1958

“Ajantrik” was directed and adapted by Ritwik Ghatak of the same name written by Subodh Ghosh. It was one of the earliest Indian films to romanticise a mechanical object with a human being, craving the audience with emotional outbursts, due to the intense portrayal on-screen. It was widely appreciated by critics, including being the special entry to the Venice Film Festival, 1959. 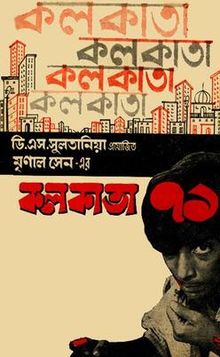 “Calcutta 71”  was directed by Mrinal Sen. This is the second installment of Mrinal Sen’s Calcutta trilogy, the others being Interview, and Padatik. The movie Calcutta 71 depicts the early 70s. The strong uprising of Communism, aftereffects of The Great Bengal Famine, socio-political unrest. The analogical movie comprises of four stories with death being the ultimate differentiator.

We cannot leave out the rest of the classics — the Uttam-Suchitra movies, the unraveling delicious detective stories expanding from Soumitra Chatterjee to Sabyasachi Chakraborty. Here’s a list that you cannot afford to miss :

Sources : Wikipedia, IMDB, The Statesmen, Firstpost, and The Times Of India.

This is an absolute gem. ❤

Loved it .
Everyone remembers the old things and then a glimpse comes after reading these articles.

Quite informative and impressive 👌👌❤️

New Place in Town: Bianco17 August 2021
How brands leverage the pride flag for marketing?1 July 2021
How to set up your homegrown brand?29 June 2021
Starting out on Instagram? Follow these steps for success.24 June 2021
Are Reviews just Marketing Tactics?21 June 2021